Thermal imagers, also known as thermographic cameras or infrared cameras, are highly sophisticated sensing devices that provide a visual representation of the infrared energy emitted by objects. Since more infrared energy is emitted from higher temperature objects, by sensing these wavelengths of light invisible to the human eye, thermal imagers are able to see heat and how its distributed, making them an extremely valuable diagnostic tool.

About Heat and Light

Though thermal imagers are a temperature mapping instrument, they rely on infrared light as the basis of their measurements. Infrared light is one of many forms of electromagnetic energy. A basic principle of electromagnetic radiation is that it travels in waves. The distance over which the wave’s shape repeats itself, the wavelength, determines the nature of the energy. Wavelengths can vary from thousands of kilometers to a fraction of the size of an atom.

One of the most important factors to consider when using a thermal imager is emissivity which refers to the ability of a material to emit thermal radiation. All materials absorb, reflect and emit radiant energy. Certain materials, however, are better at doing this than other materials. Emissivity, therefore, is the ratio of the radiation emitted by a surface of a material to the radiation emitted by a blackbody at the same temperature.

A blackbody is an idealized surface that is both a perfect absorber and emitter of light. All radiation absorbed by a blackbody will also be emitted by it. Blackbodies therefore have an emissivity of 1.0. Though the true blackbody is purely theoretical, dark materials with a rough surface generally have a high emissivity. Asphalt for example has an emissivity of 0.90 meaning that it absorbs and emits 90 percent of radiant thermal energy and reflects only 10 percent.

The bottom end of the emissivity scale would be the perfect reflector which reflects, rather than absorbs, all radiation. The emissivity of this theoretical surface would be 0.0. Bright, glossy materials generally have a low emissivity. Aluminum foil, for example, has a thermal emissivity value of 0.03, meaning it absorbs and emits only 3 percent of radiant thermal energy while reflecting 97 percent.

Thermal imagers operate in much the same manner as modern digital cameras. Generally compatible with infrared light with wavelengths ranging from 0.9–14 μm, imagers use a specialized lens to focus the infrared light emitted by the objects within the field of view. The focused light is scanned by a phased array of infrared-detector elements which creates a detailed temperature pattern called a thermogram. The thermogram created by the detector is translated into electrical pulses which are sent to a signal processing unit which translates them into data for the display. Once the data is sent to the display, it appears as various shades or colors, the intensity of which is determined by the amount of infrared light captured by the detector. Through the different combinations that came from the impulses made by different objects, an infrared thermal image is created.

Remember, as temperature strongly influences the amount of infrared radiation emitted by all objects, thermography allows people to see heat and how it is distributed. This requires no visible light at all.

Images from an infrared camera tend to have a single color channel since they don’t use a sensor that distinguishes between the different infrared wavelengths. Color cameras would need to be much more sophisticated and would suffer from the fact that color has less meaning outside of the spectrum of visible light as differing wavelengths do not map uniformly into the system of color vision used by humans.

As with most instruments, thermal imagers are available in a range of styles with specifications suited to one’s budget and needs. Most imagers are handheld, making them ideal for spot checking temperatures for maintenance, troubleshooting, or inspection. Some, however, are designed to be fix mounted as part of a process application.

Other important specifications of thermal imagers include:

Resolution: Resolution refers to the number of pixels in the sensor array and determines how sharp the image will be. Some lower-end imagers have sensor of just 80 x 60 (4800 pixels) while high-end imagers boast large 640 x 480 (307,200 pixel) arrays.

Thermal Sensitivity: The ability of the imager to detect minor temperature differences. High-end imagers have a thermal sensitivity of better than 0.035°C, about four times better than lower-end imagers.

Digital Image Overlay: Some imager include a digital camera which creates a photograph over which the thermal image is displayed. This results in an image in which the details are much easier to see making the image more useful to most users.

Spectral Band: The wavelengths of infrared light captured by thermal imagers. This is generally around 0.9–14 μm though it can vary among imagers.

If you have any questions regarding thermal imagers please don't hesitate to speak with one of our engineers by e-mailing us at sales@instrumart.com or calling 1-800-884-4967. 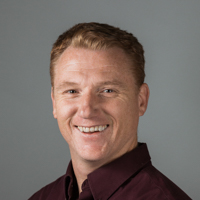 FLIR CM174 / CM275 Imaging Clamp Meter
600A True RMS clamp meter with a built-in thermal imager that can quickly lead you to problems you can’t see.
Some Models in Stock
Starting at $499.99