RTD calibrators test the accuracy of temperature sensors through sophisticated electronic circuitry rather than comparison to a reference. In this way, they are not true calibrators though they are able to provide technicians a simple, cost-effective way to field test thermocouples and RTDs by comparing the temperature measured by the sensor with the voltage or milliamp signal produced.

RTD calibrators are much like multifunction calibrators without the multifunction part. Generally single-purpose instruments, thermocouple / RTD calibrators test the accuracy of temperature sensors through sophisticated electronic circuitry rather than comparison to a reference. In this way they are not true calibrators though they are able to provide technicians a simple, cost effective way to field test thermocouples and RTDs by comparing the temperature measured by the sensor with the voltage or milliamp signal produced. 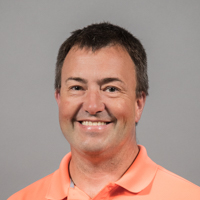 PIE 525 Plus Thermocouple & Milliamp Calibrator
Combines all the functions of a diagnostic milliamp calibrator with the accuracy of a laboratory thermocouple and RTD calibrator.
In Stock
$2,819.00 $2,678.05

PIE 510B and 511B RTD Simulators
Connects directly to the RTD inputs of smart transmitters, PLCs, DCS and multichannel recorders to verify their outputs or displays.
Some Models in Stock
Starting at $688.75