Range of inspection instruments used to determine specific characteristics of materials without damaging those same materials during the testing process. Non-destructive testing identifies flaws, corrosion, and other weaknesses in industrial equipment along with bridges, pipelines, and buildings.

Non-destructive testing (NDT) refers to a range of inspection techniques used to determine certain characteristics of materials without damaging those same materials during the testing process. Non-destructive testing plays an important role in keeping our world safe by identifying flaws and other weaknesses in the integrity of things we take for granted such as vehicles, buildings, pipelines, bridges, and many others.

NDT is commonly used in engineering, quality control, and maintenance. As it doesn't damage or alter the item being tested it's an invaluable tool that, by identifying problems before they become acute, saves time and money while increasing safety.

Non-destructive testing incorporates a range of both techniques and demands such that no single instrument will work for all applications. Therefore, each method has advantages and disadvantages over other methods with new technologies being continuously developed.

Eddy current testing relies on the principle of electromagnetic induction to detect flaws in conductive metals. An eddy current tester sends an alternating current through a coil which generates an oscillating magnetic field. When the probe is placed near the surface of a conductive metal, a circular flow of electrons, an eddy current, begins to move through the metal and generate its own magnetic field which interacts with the magnetic field created by the coil. Flaws or other changes in the metal will cause changes in the amplitude of the eddy current and the magnetic fields it creates. This, in turn, affects the movement of electrons in the coil by varying the electrical impedance of the coil. By noting the changes to the impedance amplitude and phase angle, a trained technician can identify inconsistencies in the metal being tested which could indicate flaws.

The primary limitation with eddy current testers is that they are only compatible with conductive metals. Additionally, they have a limited depth of penetration and the finish of the material may cause bad readings. Some flaws, notably those parallel to the probe coil may be undetectable. Care should be taken to make sure the instrument is compatible with your application. Eddy current testers also require more skill and training in interpreting the results than other inspection methods.

Flaw detectors use well-established and completely non-destructive ultrasonic technology to pass sound waves through metals, composites, plastics, and ceramics to detect hidden flaws such as cracks, voids and softness which can lead to failure. Sound waves act in highly predictable ways and produce distinctive echo patterns that can be displayed and recorded by portable instruments making them quite useful as an inspection tool.

As an ultrasonic device, flaw detectors use a transducer to both create vibrations and receive the echo that returns. As those vibrations pass through a medium they do so in a predicable direction and at speeds and velocities specific to the medium. When a boundary, such as a new medium or a flaw, is reached, the vibrations will echo back to the transducer, again, in a predictable manner. The returning signal is converted into a waveform pattern that can be analyzed for inconsistencies.

Ultrasonic flaw detection is a comparative technique. Using appropriate reference standards along with a knowledge of sound wave propagation and generally accepted test procedures, a trained operator can identify specific characteristics, including flaws, from the waveform pattern of a test material.

Straight Beam Testing: Straight beam testing involves placing the transducer perpendicular to the material being tested. It is used to find cracks and delaminations parallel to the surface of the test piece as well as voids and porosity. Straight beam testing can done with four types of transducers, each designed for a specific application:

Angle Beam Testing: Angle beam testing addresses the main problem with flaw detection: flaws perpendicular to the surface of a test piece are usually invisible from straight beams due to their orientation with respect to the sound beam. Angle beam transducers, which utilize plastic wedges to introduce sound energy into the test piece at a selected angle, solve this problem. They are especially useful in weld inspection.

Hardness is a complex concept that generally pertains to the resistance of a solid material to permanent deformation when force is applied. The term can apply to deformation from indentation, scratching, cutting or bending. Materials exhibit hardness in different ways making it not an intrinsic physical property of the material but, rather, a composite property that includes a number of factors such as the ductility, elastic stiffness, plasticity, strain, strength, toughness, viscoelasticity, and viscosity of the material being tested.

Hardness measurements are widely used for the quality control of materials. From an engineering standpoint, resistance to wear by friction or erosion generally increases with hardness. Proper testing ensures materials are suitable for their intended use.

Since hardness can be characterized in many ways, a number of tests have been developed that will each determine a different hardness value for the same material. The most common types of hardness tests are those which test for indentation hardness and those that test for rebound hardness.

Common tests for indentation hardness include Rockwell, Vickers, Shore, and Brinell. Each of these tests use a specifically shaped indenter which is much harder than the material being tested. The indented is pressed into the surface of the test material using a specific amount of force. The depth or size of the indent left in the material is measured to indicate a hardness value.

Indentation tests often rely on complicated mathematical formulas and require microscopes to assess the indentation. Ultrasonic contact impedance (UCI) is a variation of the Vickers test which has proven popular due to the ease at which it is administered. The UCI method uses a Vickers diamond attached to a metal rod. Piezoelectric elements excite the rod into oscillations. The resonant frequency of the rod changes as the diamond penetrates the material being tested and increases as the indentation becomes larger. Since the size of the indentation is used to determine hardness, there is a direct relationship between the frequency change and the material hardness.

Rebound hardness, on the other hand, measures the speed of an impact body as it's propelled into, and rebounds from, the surface of the material being tested. This type of hardness is related to elasticity. Common measurement techniques for rebound hardness include the Leeb rebound hardness test and Bennett hardness scale.

Whether choosing to test for rebound or indentation hardness is mostly a function of the material being tested. The UCI method is particularly effective for testing fine-grained materials in almost any shape or size. They are also capable of testing to close tolerances. Rebound hardness testing is primarily for large components having rough, coarse-grained surfaces.

Ultrasonic thickness gauges determine the thickness of a sample by very precisely measuring how long it takes for a sound pulse that has been generated the transducer to travel through a test piece and reflect back from the inside surface or far wall. By comparing this measured interval of time with known data about the material type, it possible to calculate the thickness of the sample to an extremely high accuracy. Ultrasonic thickness gauges are quite similar in several respects to flaw detectors but, whereas, flaw detectors display A-scans of ultrasonic waveforms, thickness detectors generally provide a numerical format of exact measurements.

Ultrasonic thickness gauges have a number of applications in the field of non-destructive testing. Because sound waves reflect from boundaries between dissimilar materials they are excellent tools for measuring the thickness of paints and other coatings as part of a quality control program. Thickness gauges are also routinely used to scan storage tanks, pipelines, ship hulls, and many other things for any signs of damage or weakness that may have been caused by corrosion, environmental damage or just simply wear and tear.

Ultrasonic thickness gauges are able to work with a wide range of materials including metals, plastic, ceramics, composites, epoxies, and glass. The ability to work when able to access only one side of the test piece makes them easy to use across a range of application. A number of transducer types have also been developed to increase the versatility of the instrument.

Ultrasonic transducers usually operate at frequencies between 500 KHz and 100 MHZ. Typically, lower frequencies will be used to optimize penetration when measuring thick, highly attenuating, or highly scattering materials, while higher frequencies will be recommended to optimize resolution in thinner, non-attenuating, non-scattering materials. Transducers generally require an acoustic couplant, such as Propylene Glycol to ensure a complete acoustic pathway between the sensor and material being measured.

There are three types of transducers used with ultrasonic thickness gauges:

Like most test and measurement equipment, non-destructive testing equipment needs to be periodically calibrated to maintain accuracy. In the case of NDT equipment, calibrations are performed using precision test blocks that simulate conditions and serve as reference standards. Different types of test blocks simulate different conditions. Test blocks can include steps of different thicknesses for use with thickness gauges, holes and other "flaws" for use with flaw detectors, or predetermined hardness for hardness detectors.

If you have any questions regarding non-destructive testing equipment please don't hesitate to speak with one of our engineers by e-mailing us at sales@instrumart.com or calling 1-800-884-4967. 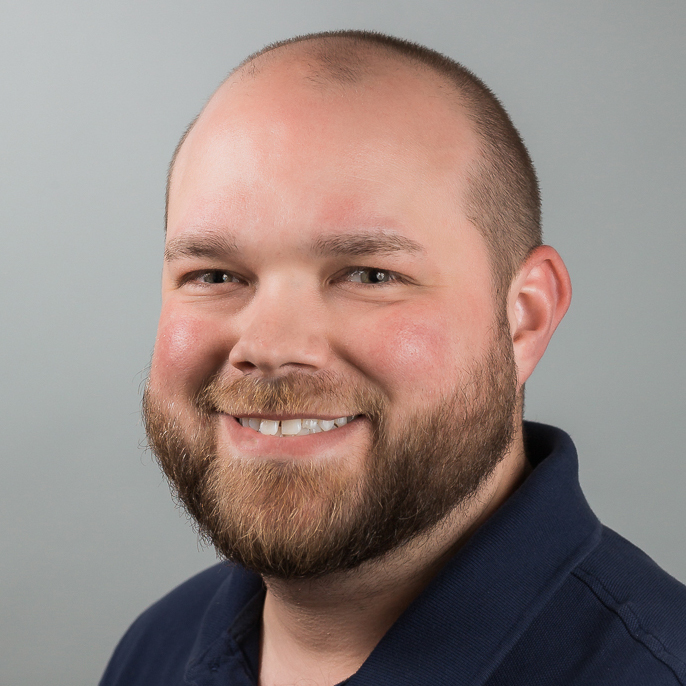 Waygate Technologies DMS Go+ Thickness Gauge
Ultrasonic thickness gauge suited for a wide range of applications including measuring for corrosion in the oil and gas sector.
Some Models in Stock
Starting at $3,117.00

Danatronics MTG-99 Magnetic Thickness Gage
Non-destructively measure the thickness of any non-ferrous material up to 1in with access to both sides.
$6,895.00

Extech CG304 Coating Thickness Meter
A non-destructive way to measure the thickness of ferrous & non-ferrous substrates with auto recognition of the material being measured.
$285.99

Dakota Ultrasonics ZX-6 Thickness Gauge with Multi-Echo
Eliminates the error on materials with epoxy-based coatings without having to remove the coating.
In Stock
$1,775.00

Dakota Ultrasonics ZX-5 Thickness Gauge
Displays the +/- differential from a nominal value, and has an audible and visual high and low alarm.
In Stock
$1,600.00