RTDs are generally considered to be among the most accurate temperature sensors available. In addition to offering very good accuracy, they provide excellent stability and repeatability. Though many conductors can be used in making RTDs, platinum is the preferred material. As a noble metal, platinum doesn’t react with other materials making it highly stable with a very linear and repeatable resistance-temperature relationship over its temperature range. Platinum RTDs are often called PRTs (Platinum Resistance Thermometers). SPRTs (Standard Platinum Resistance Thermometers) have the highest accuracy of all temperature sensors and can achieve an accuracy of up to ±0.001°C.

Temperature is the most commonly measured parameter in commercial and industrial settings. Industries as diverse as food processing, pharmaceuticals, cold storage, paper manufacturing, and others absolutely rely on process temperatures being within a certain range. Though there are many temperature sensing options, thermometers provide an inexpensive, versatile and reliable choice.

Though some thermometers rely on sophisticated technology such as infrared sensing to make non-contact temperature measurements, thermometers for contact measurement—those we are describing here—are much simpler, and rely on just two important elements: a temperature sensor and a scale. Temperature sensors range from the bulb on a mercury thermometer to RTD or thermocouples for more advanced thermometers. Likewise, the scale can be simply a series of accurately placed markings printed on the side of a mercury thermometer or a digital readout capable of advanced calculations or data logging.

Temperature scales differ in two ways: the point chosen as zero degrees, and the magnitudes of incremental units or degrees on the scale. Common temperature scales include the Celsius scale (°C) which chooses the freezing point of water as 0°C and defines the magnitude of degrees such that 100°C is the boiling point of water. In the United States the Fahrenheit scale is commonly used. Another common temperature scale is Kelvin which is usually used in scientific applications.

Like most measuring devices, thermometers need to be calibrated periodically to maintain accuracy. Calibration often consists of calibrating them with other, calibrated thermometers or by checking them against known fixed points on the temperature scale such as the freezing or boiling points of water. Since the sensors typically used in thermometers cannot be adjusted, any adjustments following a calibration need to be made to the scale, either through a manual or electronic adjustment depending upon the type of thermometer.

Things to consider when selecting a thermometer:

If you have any questions regarding thermometers please don't hesitate to speak with one of our engineers by e-mailing us at sales@instrumart.com or calling 1-800-884-4967. 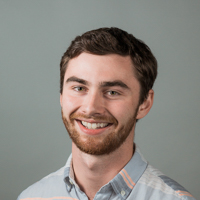 Fluke Calibration 1502A and 1504 Tweener
Thermometer readouts for RTD, PRT and Thermistor Sensors .
Some Models in Stock
Starting at $3,508.00