Loop calibrators are a type of electrical calibrator specifically designed to troubleshoot 4-20 mA current loops. Current loops are extremely common in industrial measurement and control applications due to their ease in setting up, wide power supply requirements, low noise output, and ability to be transmitted over great distance without loss. Loop calibrators are capable of measuring current, sourcing current to unpowered devices in a loop, as well as simulating the operation of loop-powered 4-20 mA transmitters.

Loop calibrators are a type of electrical calibrator specifically designed to troubleshoot 4-20 mA current loops. These versatile instruments are capable of measuring current, sourcing current to unpowered devices in a loop, as well as simulating the operation of loop-powered 4-20 mA transmitters.

An analog current loop is an electrical signaling scheme that uses a current source and a current receiver. Current loops are extremely common in industrial measurement and control applications due to their ease in setting up, wide power supply requirements, low noise output, and ability to be transmitted over great distance without loss—even if there is significant electrical resistance in the line.

With current loops, the sensor draws current from its power source in direct proportion to the mechanical property it measures. For example, a 0 to 100 psi pressure sensor with a 4-20 mA current loop draws 4 milliamps from its power supply at 0 psi and 20 milliamps at 100 psi. The relationship between current value and the corresponding process measurement value is determined by calibration by which measurement values are assigned ranges within the span of 4-20 mA.

A primary benefit of the current loop is its simple wiring. Generally, a current loop consists of a power supply, a transducer and one or more pieces of instrumentation all connected together in a ring with the supply voltage and measuring current supplied over the same two wires. Current loops are used to measure pressure, temperature, flow, pH, or other process variable. A current loop can also be used to control a valve positioner or other output actuator.

Depending on the source of current for the loop, devices may be classified as active or passive. Some instruments have an active output which includes both the control of the current in the loop as well as provide the supply voltage. Passive loops, on the other hand, require an external power supply.

Calibration is a comparison between two devices. The first device is the unit to be calibrated, often called the unit under test. The second device is the calibrator, which has been fixed to a standard of a known accuracy.

For sensors and transmitters, the calibrator generally reads the signal sent from them while they are under test conditions, such as a pH sensor being immersed in a calibration solution of a known value. With the test conditions being exactly known, any discrepancy between those conditions and the measured value is the error of the unit under test. Adjustments can then be made to account for that error.

Not all standards are created equally. While all standards have a known accuracy, there are some—known as primary standards— that are the highest level of accuracy for a specific parameter. Primary standards achieve their high accuracy by relying upon measurement technologies using fundamental physical constants that do not drift. For example, the value of the volt is defined by the Josephson Effect which has an accuracy of 1 part per billion. These fixed values minimize uncertainty, making primary standards the most accurate calibration tools.

Though the accuracy of calibrators varies pretty widely depending upon the model and the measurement parameters, they can be roughly categorized into three groups :

To improve the quality of a calibration to levels acceptable to outside organizations, it is generally desirable for the calibration and subsequent measurements to be traceable to internationally recognized standards. Establishing traceability is accomplished by a formal comparison to a standard which is directly or indirectly related to national standards (such as NIST in the USA), international standards, or certified reference materials.

Things to Consider When Selecting an Electrical Calibrator:

If you have any questions regarding electrical calibrators please don't hesitate to speak with one of our engineers by e-mailing us at sales@instrumart.com or calling 1-800-884-4967. 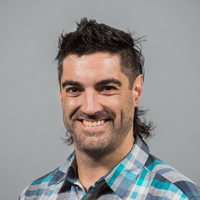 PIE 334 and 334Plus Loop Calibrators
Precision milliamp loop calibrator.
Some Models in Stock
Starting at $882.55

Time Electronics 7006 Loop Simulator and Source
Pocket sized loop instrument designed for test and calibration of 4 to 20mA or 0 to 10V process loops .
In Stock
$450.00