Tachometers are designed to measure the rotational speed of a shaft or disc while the machine is in motion. Available as a handheld or fixed-mount models depending on if they’re to be used as permanent monitoring or spot-checking tools, tachometers use a light source or spinning wheel to make measurements. They are ideal for monitoring turbine and machine health.

Tachometers and stroboscopes belong to a class of instruments which measure the rotational speed of a shaft or disc such as those found in motors, conveyors, and other machinery. Stroboscopes have the added ability to serve as an inspection device for rotational machinery while in motion. Knowing the rotational speed of a device, or being able to inspect the device while in motion, is important to insure that machinery is running within established parameters.

A tachometer is an instrument designed to measure the rotation speed of a shaft or disk. Tachometers generally measure rotations per minute (RPM) though some models also serve as rate meters and/or totalizers. Measuring the rotational speed of a spinning object is important for a number of reasons. Parts are often rated to a maximum rotational speed beyond which they may be subject to failure or system breakdown. Other parts may operate more efficiently at a particular speed.

Tachometers are available in a number of styles. While many are handheld models meant for spot checking conditions, others are meant to be permanently mounted, constantly monitoring rotational speed and able to trigger an alarm if speeds are too high or too low.

Tachometers can, essentially, be divided into two groups:

Like many instruments, tachometers are becoming increasingly digital. Though it’s still possible to find analog tachometers, especially in cars, digital models are much more prevalent. Digital tachometers offer a number of advantages over their analog cousins, primarily in the advanced functions available with each type. Analog tachometers have no provision for features such as memory, or statistical functions such as averaging or changing measurement units. These functions are common on most digital instruments.

Stroboscopes, commonly referred to as strobes, use a flash lamp—generally xenon or LED— driven by an oscillator to inspect or measure the rotational speed of spinning objects. The oscillator activates the lamp at a steady state which can be set at rates from a flash every few seconds to hundreds of flashes per second. The flashing light creates the perception of stop-motion which is ideal for diagnostic inspections of moving machinery and can also be used as a measuring instrument for determining cyclic speed as measured in rotations per minute (RPM).

The ability to visually “stop and start” a spinning piece of machinery or adjust its rotational speed and direction is an important inspection and troubleshooting tool. Technicians can identify damage to gears, shafts, pulleys, and belts without having to stop the machinery. Additionally, any wobbles or alignment problems can be quickly noticed before the problem becomes severe.

Though the ability of a stroboscope to visually stop the motion of a piece of machinery for inspection is the primary use of the instrument, it is also quite useful as a tool capable of measuring rotational speed. Measuring rotational speed involves matching the flash rate of the strobe to the rotational rate of the equipment being tested. Some sort of reference mark, such as reflective tape, makes this easier. Once the rates match, the stroboscope can convert the number of flashes per second to RPM.

Applications for Tachometers and Stroboscopes:

Tachometers and stroboscopes are valuable tools for measuring the spinning speed (and inspecting in the case of stroboscopes) of rotating equipment. This is important for a wide range of equipment including:

Things to Consider When Selecting a Stroboscope or Tachometer:

If you have any questions regarding tachometers or stroboscopes please don't hesitate to speak with one of our engineers by e-mailing us at sales@instrumart.com or calling 1-800-884-4967. 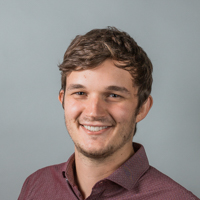 Monarch Phaser-Strobe PBX Stroboscope
Portable stroboscope with a range of 30 to 50,000 FPM and external phase shifting.
Starting at $798.00

Extech 461825 Photo Tachometer / Stroboscope
Speed and motion analysis of rotating objects plus non-contact RPM measurement.
Mfg. has some models in stock
Starting at $349.99

Extech 461895 & 461995 Combination Photo / Contact Tachometer
Combines both contact and non-contact tachometers with optional laser aiming.
Mfg. has some models in stock
Starting at $279.99

Extech 461830 Digital StroboTach
Freeze motion and analyze rotating objects without contact.
Mfg. has some models in stock
Starting at $259.99

AEMC CA1725 / CA1727 Tachometers
Measure the rotation speed of any moving part or device with or without contact.
Starting at $498.75