The Rosemount 5300 Series level transmitter is our premium 2-wire guided wave radar for challenging level and interface measurements on liquids, slurries and solids. It is everything you would expect from a best-in-class process radar - superior reliability, state-of-the-art safety features, effortless handling, and unlimited connectivity.

Guided Wave Radar is a continuous level measurement technique that offers several advantages. It is virtually unaffected by temperature, pressure, and vapor gas mixtures. It has no moving parts and therefore requires little or no maintenance. It measures the level directly and is therefore unaffected by most fluid property changes, including but not limited to density and viscosity changes.

The 5300 Series uses Time Domain Reflectometry (TDR) technology. Low power nano-second microwave pulses are guided down a probe submerged in the process media. When a radar pulse reaches a media with a different dielectric constant, part of the energy is reflected to the transmitter. The time difference between the transmitted and the reflected pulse is converted into a distance from which the total level or interface level is calculated.

This level transmitter delivers cutting edge performance with DST, which is a rapid switch for signal transmission between the transmitter and the receiver. The Rosemount 5300 Series minimizes signal losses, which results in a two to five times stronger received signal compared to other guided wave radar transmitters. This results in a better signal-to-noise ratio and an increased ability to handle disturbing factors. It also enables long measuring ranges (up to 164 ft (50m)) and measurements on low reflective media (dielectrics from 1.4), even with a single lead probe.

The Rosemount 5300 Series level transmitter has a dual compartment head to separate electronics from cable connection. Featuring easy-to-access and robust cable terminals and an optional easy-to-read display, the head can be rotated 360° and is removable while the tank is in service. There is no matching between head and probes. All of this adds up to reduced cost and increased safety.

Probes are available in different styles and materials, also with options to handle extreme pressure and temperature. Rosemount Radar Master ™ with its user-friendly interface is the ultimate setup and troubleshooting software. The Rosemount 5300 Series level transmitter powers the PlantWeb architecture by delivering the best Multivariable ™ transmitter (both level and interface from the same 2-wire unit), the best installation practices, and the best field intelligence with advanced diagnostics for HART ® and FOUNDATION ™ fieldbus. This enables proactive maintenance for increased process availability.

The Rosemount 5300 Series level transmitter uses the same two wires for both power supply and communication. Measurement data is transmitted as an analog 4-20 mA signal with a superimposed digital HART ® signal or FOUNDATION ™ fieldbus signal. The HART ® signal can be used in a multidrop mode. By sending the digital HART ® signal to the optional HART ® Tri-loop, it is possible to have up to three additional 4-20mA analog signals. 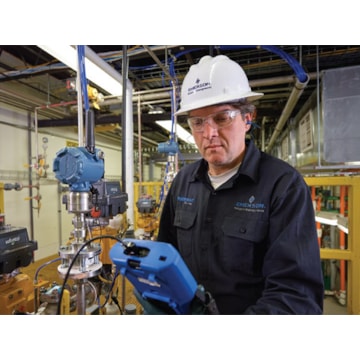 Per day fee for installation verification and commissioning from Rosemount service technicians. 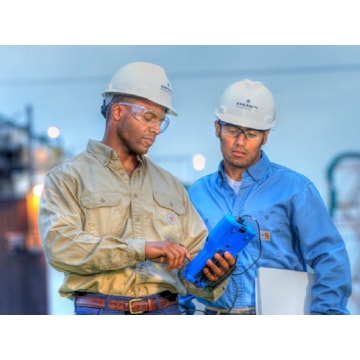 Hands-on, professional instruction from an experienced and certified service technician. 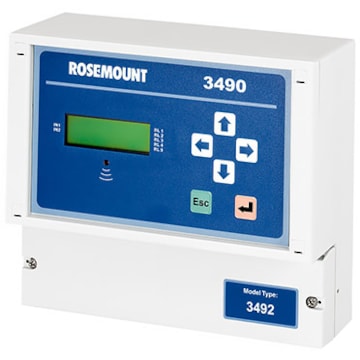 Provides control functionality for any 4-20mA or HART compatible transmitter. 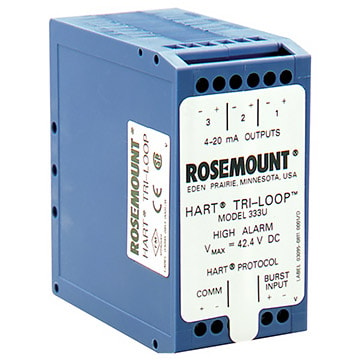 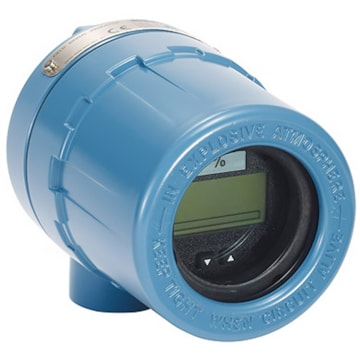 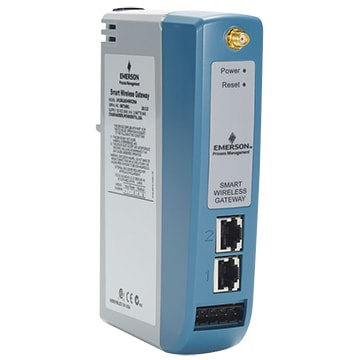 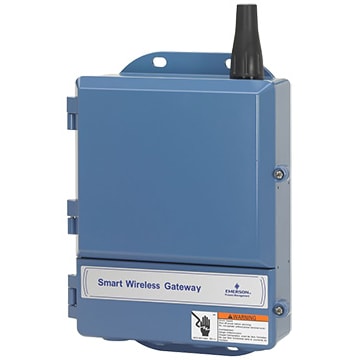 NEMA 4X gateway connects WirelessHART networks with host systems with the capacity for up to 100 devices. 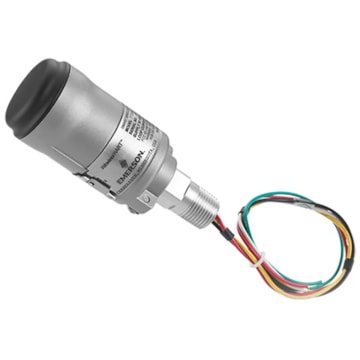