Blackbody sources are high emissivity infrared thermometer calibrators. High emissivity ensures less heat radiation, which eliminates the likelihood of radiation interference. As temperature is becoming the most measured parameter among industrial processes, it is crucial to ensure proper calibration for machine maintenance.

Blackbody sources are used for calibrating infrared thermometers. Generally consisting of a target plate that can be heated or cooled to very specific temperatures, blackbody sources take their name from their very high emissivity which results, in part, from it's black target area.

Depending upon the model, blackbody sources have temperature ranges from about -30° to 500°C with an accuracy of ±0.5°C making them excellent tools for field- or industrial-level calibrations. Some models incorporate fixed-point cells making them suitable as primary standards. 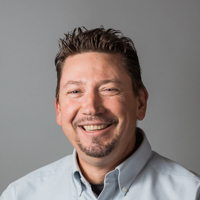 Fluke Calibration 4180/4181 Infrared Calibrator
Precision infrared calibrator is small enough for field use and accurate enough for lab use.
Starting at $9,801.00