Photometry is a technique that measures the concentration of organic and inorganic compounds in a solution by determining the absorbance of wavelengths of light. Photometric measurement is an integral component of water quality management as they detect heavy metals, radionuclides, nitrates, phosphates, fluorides, pesticides, and more.

Photometric measurement, or photometry, is a technique that can be used to measure the concentration of organic and inorganic compounds in solution by determining the absorbance of specific wavelengths of light. Integral to water quality analysis, photometry instruments go beyond simple testers by allowing users to develop a chemical profile of the sample rather than just simple detection of the presence of a chemical compound.

Photometry instruments have many laboratory and practical applications. Besides being valuable for basic research in chemistry and biology laboratories, they are valuable tools for measuring water quality by determining the concentration of a wide range of substances and contaminants such as heavy metals, radionuclides, nitrates, phosphates, fluorides, pesticides, and many others. They can also be used to measure the concentrations of plant nutrient such as phosphorus, nitrate and ammonia in the soil.

Though there is some variety amongst instruments capable of photometric measurement, all are based upon the same principle. When testing for water quality, most organic and inorganic compounds are colorless and undetectable to the human eye. Photometry instruments introduce chemical reagents and light providing a way to “see” these invisible compounds.

Reagents are chemicals formulated to react with specific ions causing them to change color. For the purpose of water quality analysis, test samples are put in a cuvette (sample container) to which reagents are added. If the compound specific to the reagent is present, the reagent will turn it a color. The greater the concentration of ions, the deeper the coloration. In order to convert this color into a numerical value, light is required.

1. Colorimeters use colored filters to isolate light of a specific wavelength which is passed through the test sample. Since colorimeters generally test for a single ion, the wavelength of light that is passed through the test solution is selected to identify that particular ion. The test sample, colored by the reaction between the reagent and the ion, absorbs some of the light. Any light that passes through the solution is measured by a photodetector and compared to a colorless reference sample. According to the Beer-Lambert law, the quantity of light absorbed by a substance dissolved in solution is directly proportional to the concentration of the substance. Less light passing through the test solution means more light has been absorbed, indicating a high concentration of the ion being tested for.

Colorimeters generally measure transmittance (a linear scale from 0-100%) as well as absorbance (a logarithmic scale from zero to infinity). The displayed value, however, is usually either mg/L or ppm which are calculated from measured values.

When setting up the colorimeter, it’s important to select the correct wavelength of light for testing. Generally, the wavelength used is complementary to the color of the test sample. For example the nitrate reagent creates a pink color. The greater the concentration of nitrate, the deeper the pink color. When testing a wavelength of light in the green region should be selected since a pink solution absorbs green light.

2. Photometers are designed to measure multiple ion types and are thus equipped with filters able to isolate multiple (often up to 5) wavelengths of light. Beyond the multiple wavelengths, photometers operate much like colorimeters. In a cuvette, test samples are combined with reagents which colorize specific ions. Certain wavelengths of light are passed though the cuvette. Some of the light is absorbed by the colorized test sample depending upon which ions are present and their concentration. Any light that passes through the solution is measured by photodiode or photocell . According to the Beer-Lambert law, the quantity of light absorbed by a substance dissolved in solution is directly proportional to the concentration of the substance.

3. Spectrophotometers are the most advanced of photometric measuring instruments. They differ from colorimeters and photometers as they measure across a wide range of wavelengths of light—often from around 200mn to 1100mn (though ranges, or course, differ from model to model)—rather than just a handful. This makes spectrophotometers suitable for the widest range of photometric measurement, capable of measurements within the ultraviolet range as well as the entire visible light spectrum

Spectrophotometers use prisms to split white light into a spectrum before each wavelength band is selected for testing. During testing, cuvettes, containing the test solution and a specific reagent, are exposed to the different wavelengths of light. As with colorimeters, the light passing through the test solution is measured with the absorbed light being directly proportional to the concentration of the ion.

To accommodate for the multiple wavelengths of light that can be used simultaneously for testing, many spectrophotometers include cell holders that can handle numerous cuvettes at once. Simply fill each cuvette with the test solution, add a different reagent to each cuvette depending upon the ions for which you want to test, place the cuvettes in the spectrophotometer and test. The instrument will provide results for each of the test solution/reagent combinations without having to reload.

Things to Consider When Selecting a Photometric Measurement Instrument:

If you have any questions regarding photometric measurement please don't hesitate to speak with one of our engineers by e-mailing us at sales@instrumart.com or calling 1-800-884-4967. 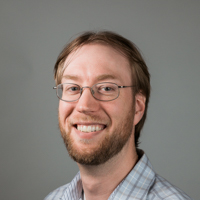