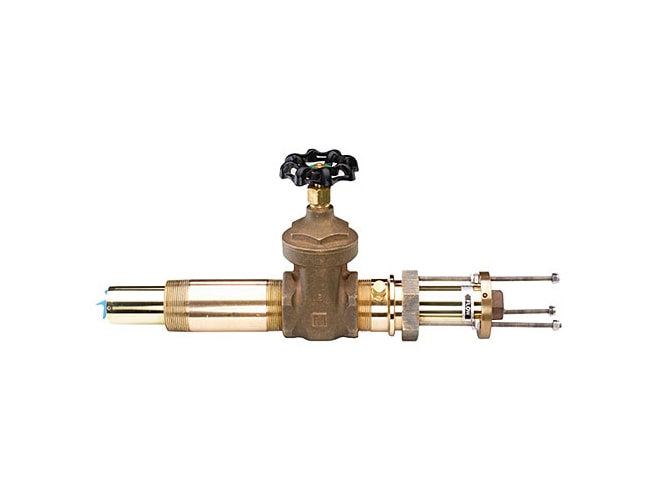 The Badger Meter Series 226 Flow Sensors feature a six-bladed impeller design with a proprietary non-magnetic sensing mechanism. The forward-swept impeller shape provides higher, more consistent torque and is less prone to be fouled by waterborne debris. The forward-curved shape, coupled with the absence of magnetic drag, provides improved operation and repeatability at lower flow rates. This is especially true where the impeller is exposed to metallic or rust particles found in steel or iron pipes. As the liquid flow turns the impeller, a low impedance square wave signal is transmitted with a frequency proportional to the flow rate. The signal can travel up to 2000 feet between the flow sensor and the display unit without the need for amplification. All sensors except irrigation versions are supplied with 20 ft of 2-conductor 20 AWG shielded UL type PTLC 221°F (105°C) cable.

The Series 226 sensors are used for flow-measuring applications in most metallic or non-metallic pipes where it would be difficult to shut down or drain the line for installation or service. The sensor features a ball valve, which is recommended if the pipe is to be hot tapped. Positioning nuts on the three threaded retaining rods allow the sensor to be accurately positioned to a standard insertion depth of 1-1/2 inches into the pipe. When this insertion depth is maintained and there are at least 10 upstream and 5 downstream diameters of straight uninterrupted flow, an accuracy of ±1 percent of full scale can be obtained between flow velocities of 0.5 to 30 feet/second.