Honeywell FSL100 flame detectors monitor hazardous areas for invisible infrared or ultraviolet light that occurs outside the frequency range of visible flames. The FSL100 series detects both hydrocarbon and non-hydrocarbon flaming fires in order to address a wide range of fire protection applications both indoors and outdoors. These units will resist the influence of direct and reflected sunlight, and artificial light sources such as fluorescent bulbs or halogen lamps. They even successfully monitor an area affected by smoke, dust, or vapor. The FSL100 series includes 3 models which have been designed to cover a variety of different fire sources and function in a wide range of environments.

The FSL100-UV ultraviolet flame detector can monitor an area extending approximately 75 feet. It is best suited for indoor applications such as fume hoods and hydrogen storage areas, and as an effective solution for materials burning with low temperatures, such as sulfur. The FSL100-UV alarms for fires caused by heavy hydrocarbons (wood, paper, petroleum), light hydrocarbons (methanol and methane), and hydrogen.

The FSL100-UVIR ultraviolet and infrared flame detector uses analysis of the flame-flicker frequency for improved false alarm rejection. It's dual sensing methodology enables a wide range of hydrocarbon and non-hydrocarbon fires to be effectively detected within an area extending approximately 75 feet. This unit will resist the influence of arcs and electric discharges and remain unaffected by radiation from electric welding provided the unit is stationed at least ten feet away.

The FSL100-IR3 triple infrared flame detector is particularly suited to liquid hydrocarbon, dirty fires, or fires that emit large amounts of smoke. The FSL100-IR3 can monitor an area extending approximately 115 feet. It uses analysis of the flame flicker-frequency for improved false alarm rejection. This unit resists the influence of arcs and electric discharges, and is less affected by window contamination or smoky fires. The FSL100-IR3 will also remain unaffected by radiation from electric welding provided the unit is stationed at least ten feet away. 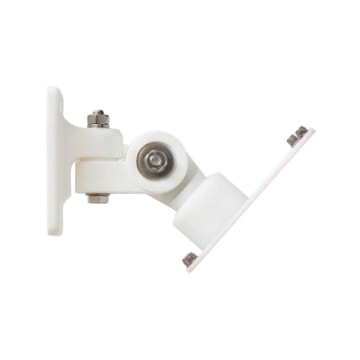 Dual axis mount allows FSL100 flame detectors to be aligned to cover the area at risk of fire. 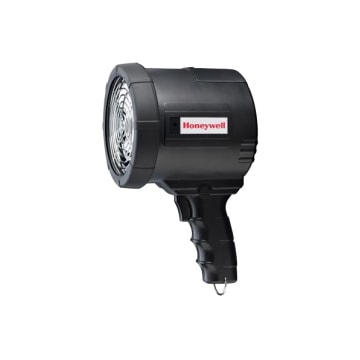