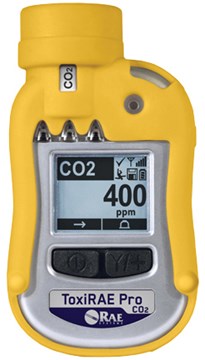 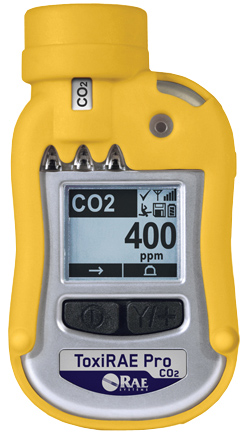 The RAE Systems ToxiRAE Pro CO2 is carbon dioxide gas monitor that takes worker protection to the next level. The ToxiRAE Pro CO2 promptly detects and accurately monitors Carbon Dioxide in concentrations from 0 to 50,000ppm

The ToxiRAE Pro CO2 boasts intelligent interchangeable sensors, continuous data logging functionality, Man Down alarm and policy enforcement functionalities, the largest backlit display in its class, and an unmistakable five-way alarm notification system that immediately alerts both the user and a remote observer of a hazardous condition by activating the buzzer, vibration alarm, display, and LED lights on the instrument.