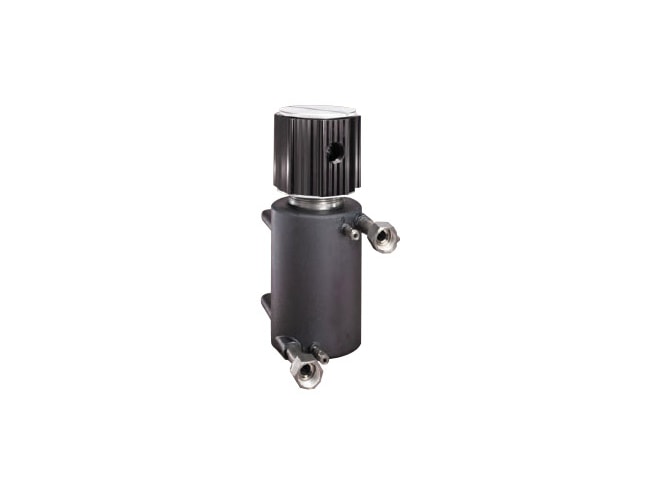 The CAS Universal Solvent Circulation Heater provides a safe and efficient means of heating low flash point solvents. Both the heating elements and the solvent tube are cast into the aluminum. The heating elements provide heat to the aluminum mass and the mass transfers this heat to the tube carrying the solvent. The casting can also be surrounded by insulation to minimize heat loss and keep equipment cabinet temperatures low. A secondary chilled water tube is also cast-in. This tube quickly cools the casting for routine maintenance or lowers the solvent below the flash point.

Safety features of the universal solvent circulation heater include a NEMA 7 rated (explosion proof) enclosure box covering the electrical connections and a snap-action over temperature protection switch to provide safe shut down. The casting body is Teflon® coated to protect the aluminum in case of accidental contact with solvents.