Band heaters are designed to be directly applied to the inside or outside of a cylindrical surface, provide the high temperatures and watt densities needed for today's demanding procedures. These heaters are commonly used in extrusion and molding presses, heat treating and autoclaves, pipe heating, and many more applications.

Heating is a complex process governed by the principles of thermodynamics, fluid mechanics, and heat transfer. Heat transfer, in particular, is useful knowledge as it will help inform important aspects of heater selection and system design.

Conduction is the method of heat transfer by way of direct contact. The classic example is heating one end of a metal rod. After a period of time the heat will travel through the rod to the cooler end. Conduction heating is influenced by the ease of which heat travels through a material, its thermal conductivity, as well as the amount of mass available to absorb the heat energy.

Convection is best explained by the saying, “heat rises.” Heat causes liquids or gases to expand which results in lower weight per unit volume. The lower weight increases buoyancy of the heated fluid causing it to rise. As it rises cooler, heavier fluid fills the void. As the new, cooler fluid is also heated it too rises thus continuing the cycle and creating enough movement to form a convective current capable of moving large amount of heat. Convection is influenced by the fluid's permissible watt densities, thermal conductivity and expansion coefficient.

Radiant heating relies upon electromagnetic waves to radiate heat onto an object without any need for direct contact. While all electromagnetic waves will "heat," the infrared band of the spectrum contains the most useful heating energy. Important factors in radiant heating are the distance between object and heat source, and how well the object absorbs radiant energy. Gases absorb radiant energy poorly so are largely unaffected by radiant heating. Dark surfaces absorb radiant heat better than light, or reflective surfaces.

Electric heaters work on the principle of resistive heating in which an electrical current passing through a conductor creates heat. According to Joule’s First Law, the heat produced by an electric current is equal to the product of the resistance of the conductor, the square of the current, and the time for which it flows.

The first step in selecting and electric heater is determining the amount of heat required to do the job asked of it. The total heat energy, in either kWH or BTU, required to satisfy the system needs will be whichever of the following values is larger:

Calculating either of these values requires a fair bit of knowledge. A somewhat simplified method can be used for a quick estimate:

Things to Consider When Selecting a Band Heater:

If you have any questions regarding band heaters please don't hesitate to speak with one of our engineers by e-mailing us at sales@instrumart.com or calling 1-800-884-4967. 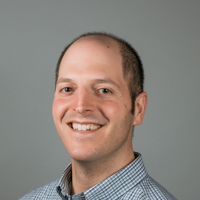