Locates faults and traces energized and de-energized wires and breakers in floors, walls, and ceilings 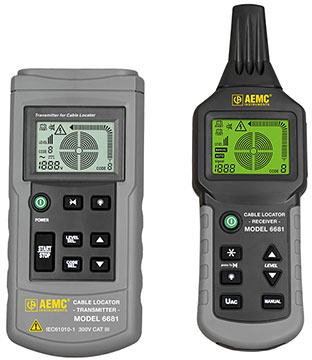 Not in stock. Call for availability [?]

The AEMC 6681 cable locator detects hidden telecommunications cables, data cables, electric power supply cables, and metal pipes during modification or maintenance work on installations of category III or lower, at voltages of 300V or less with respect to ground. The system can locate open circuits and shorts, trace cables, and locate fuses or circuit breakers. The instrument is a portable system that includes a transmitter, a receiver, and accessories. The transmitter and receiver both have a large back-lit LCD and large keys.

The receiver features a sensor that generates a display proportional to the electric field detected. The variations of this signal enable the user to determine the location of underground cables and pipes, and detect any faults in them. The receiver also includes a buzzer that changes pitch as a function of the strength of the detected signal. 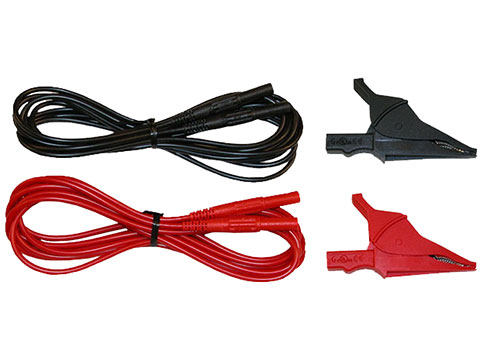