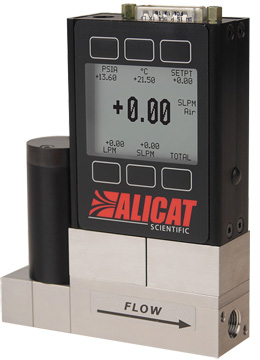 Not in stock. Call for availability [?]

The Alicat Scientific MCQ series mass flow controller was designed for applications involving inlet pressures of up to 320 psia. Basic accuracy is ±2.0% of full scale. Calibrated and ready for use with 20 gases and 10 gas blends, The MCQ series has a remarkably fast start-up time and a response time of just 10 milliseconds.